Who were Rev. James and Ora Robb? 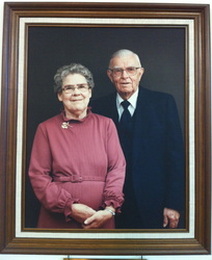 Like the towering trees that surround it, the roots of Rev. James and Ora Robb Free Methodist Historical Centre extend from a strong foundation.

That foundation began with the vision of  Rev. James Robb, his wife Ora, and an inaugral committee of extremely hard-working volunteers whose dedication and comittment was influential in establishing the centre, named in honour of Rev. James and Ora Robb.

Opened in 1987, under the sponsorship of the former Great Lakes Conference and with the generous support of the General Conference, this historical centre is an important resource dedicated to preseving the history of the Free Methodist Church.

It is the home of over 1,000 archival records, some of which date back well over 100 years, covering information about presiding Bishops, administrative Superintendents, pastoral appointments, local churches, lay leaders and missionary efforts. Catalogued artifacts of periodicals, rare books, photographs and writings of prominent church leaders are presevered.

Rev. Robb himself was an avid collector of historical records, many of which are available to researchers who may drop in for a visit when the centre opens its doors during the afternoons of Family Camp week in July each year.

Rev. Robb enjoyed a long and fruitful career as a leader in the Free Methodist Church of Canada.  Born in 1902, he was the son of Free Methodist minister Rev. Thomas Robb and his wife Harriet (Hattie) Dell. Rev. Robb entered the ministry of the West Ontario Conference in 1933. He spent 26 years as Pastor, eight years of Conference Superintendent, and eight years as Custodian of the Conference Camp Ground at Maple Grove. In Conference Committee work he served on 27 different committees. He served four years on the Board of Administratrion of the General Church, six years as President of the Canadian Executive Board and a total of eight years on the Board of Trustees of two Free Methodist Colleages.

Rev. Robb and his wife, Ora J.M. Killins, celebrated over 71 years of marriage and had four children, along with 11 grandchildren and numerous great-grandchidlren. Today members of Rev. Robb’s family still serve on the Historical Committee that oversees the Centre’s operation.

Fifteen years before his death in 1994, Rev. Robb’s 87-page autobiography, Life’s Golden Memories, was published. Copies of this book as well as Rev. Robb’s prayers, published poems and an array of his hand-typed pastoral records as well as the typewriter he used to type them, are among the many treasured artifacts the centre has on display.

The Centre  welcomes all visitors to stop in this summer during Family Camp Week to take a look back at these and other treasures and to celebrate the firm foundation and steadfast roots of  Free Methodism in western Ontario.
Google Analytics